Shaikh’s work as both a live performer and a DJ has taken him to international events including the Waveform Festival (UK), Samothraki Dance Festival (Greece), Dakini Nights (Tokyo), Luminate (New Zealand), The Maori Peace Festival at Parihaka (New Zealand), and Boom Festival (Portugal).

While SOLA ROSA's first three albums undoubtedly cast Spraggon as one of New Zealand’s finest purveyors of downbeat-electronica – something that was backed up by a raft of accolades including a NZ Music Award for 2001’s Solarized, and b-net awards for 2000’s Entrance To Skyway and 2003’s Haunted Out-takes – his fourth long player, 2005s Moves On, saw a change in tact. Not content to simply stay within the bounds of any one genre, Spraggon expanded the Sola Rosa sound, incorporating more live instrumentation and adding a healthy dollop of funk, soul and reggae to an already considerable list influences. The new direction not only reinvigorated the Rosa sound, but earned Spraggon another nomination for Best Dance/Electronic album at the 2006 NZ Music Awards.

Spraggon’s latest album, Get It Together, which has so successfully captured the breadth of his vision and piqued the most interest from record labels, artists and fans the world over. Like its predecessor, Moves On, Get It Together builds on a more performance based template than Sola Rosa’ early work, featuring a full band.

other sites: myspace
an interstellar traveler specializing in global sounds of bass. Fusing Dance culture with the ancestors vibrations. Adham's music transcends time and place. A mix of styles and forms from ambient to progressive , glitch hop to trip hop, klezmer to raga's. a bit of dub n breaks to blend it all together with tribal beats to get the feet moving. adha... more info

Since Andrew Spraggon’s first formative releases as Sola Rosa at the turn of the 21st century, he’s steadily built a reputation for his deft synthesis of styles and quiet disregard for the niceties of genre boundaries. With a catch-all sound encompassing the best of hip hop, reggae, jazz, latin, soul and funk, all six of Sola Rosa’s criticall... more info
Videos: 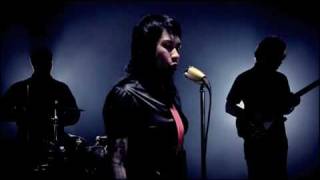