Fri. June 16th 2017 @ Capital Ballroom Victoria BC (No Minors)
9pm
$25-$29.50
Tickets at: Jupiter, Lyles Place
Presented by: Victoria BC Ska and Reggae Society, Victoria Ska & Reggae Festival
After one of last year's highlight performances under the stairs at Ship Point in the Inner Harbour, THE BLACK SEEDS are returning to get Sugar Nightclub rocking – a rare chance to see the dub reggae heroes up-close-and-personal!
The Black Seeds are proof that the beating heart of reggae lies with the people, from whichever nation or part of the world they call home. For nearly two decades, The Black Seeds have been putting in the work and channeling the sound of that beating heart. Formed in 1998 while guitarist/vocalist Barnaby Weir was working at Radio Active, an independent radio station in Wellington, New Zealand. Weir was one of a very small number of DJs at the station regularly spinning Jamaican-rooted music. In short time, just spinning the music wasn't enough and it was time to play it themselves. Since then, The Black Seeds have established themselves as not only one of New Zealand's most recognizable bands but as one of the faces of the global reggae movement. . Having countless shows and five – soon to be six – albums their belt, the group has mastered their dub reggae foundations, giving them the perfect canvass to splash with funk, soul, blues and straight-ahead rock and roll.

Supporting The Black Seeds is the smoky Vancouver soulstress TONYE. Since becoming the go-to voice for Vancouver's strong community of EDM producers and DJs, Tonye has been working to cement her place as a solo force to be reckoned with and if her new album "Villain" is any indication, she's already there. The album blends live instrumentation with electronic beats and elements to provide a lush rhythmic landscape for Tonye's incredible vocals to flourish.

“Best Soul Album of 2009” -Dennis Cook of Jambase.com (U.S.A) - Jan. 10’ Originating from Wellington, New Zealand, The Black Seeds have carved out their reputation through platinum selling albums, a masterful 8-piece live show, and a unique sound that fuses infectious grooves and melodies with undiluted roots music. With numerous European fe... more info
Audio: Year of the Pig, Love is a Radiation, Come to Me
Videos:

The Black Seeds 'Cool Me Down'

Gifted with one of the West Coast's most soulful and unique voices, Vancouver's Tonye was the go-to for the city's EDM producers and DJs before gaining to confidence to strike out and make music on her own. Her smoky, powerful voice draws the listener in and keeps the ears enraptured. After releasing to independent EPs, 2011's "The White Wizard" an... more info

Acoustic folky reggae w/ a twist of hip-hop more info
Audio: I Got Mine, Lover of Mine
Videos: 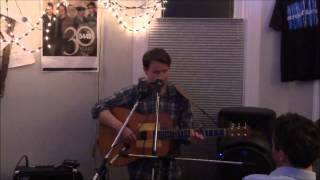 Jon Middleton at Victoria House Concert B: I Got Mine

Rebel Selector (Simon Schachner) is a reggae and world music DJ and promoter with Nanaimo Reggae Massive. He is the host of Rebel Music International on CHLY 101.7 FM in Nanaimo as well as a board member of our own Victoria BC Ska Society. As a "selector" he is known for droppin' multi-lingual mixes of reggae, hip hop and cumbia. But if conditions ... more info