Fri. June 21st 2019 @ Ship Point (Inner Harbour) Victoria BC (All Ages)
4 - 10
$35 - $39.50 advance (Limited 4-packs available $129.50)
Tickets at: Lyles Place, Vinyl Envy, Fascinating Rhythm, Area 51, Red Cat Records, Highlife Records
Presented by: Victoria BC Ska and Reggae Society, Victoria Ska & Reggae Festival
As luck would have it, Victoria's 20th Annual Ska & Reggae Festival falls right around this years Summer Solstice. And what goes better with a long, sunny day than reggae music? As we prepared celebrate our 20th year of bringing the best global riddims to the Massive, we thought back to some of the most legendary Ska & Reggae Fest shows, the ones that really left an impression – and we couldn't think of anyone who made a splash like KY-MANI MARLEY did in 2011. Playing to a capacity crowd of over 1200 people (With dozens more being denied entry), Marley gave an unforgettable and exhilarating performance, radiating the true joy associated his family name. one foot planted in the reggae traditions that his father helped build and another foot planted in the sounds of reggae musics future. Carrying the torch of the royal family of reggae music, Ky-Mani has been releasing world-class reggae for more than two decades, low-key becoming one of the most prolific and consistent members of the ever-expanding Marley family tree. On top of his own work, Ky-Mani has created global hits with other modern reggae heavyweights like Proteje and Gentleman. A link to reggae's past and a leader of reggae's present, Ky-Mani Marley's return to Victoria, under the sun, bringing in the Summer Solstice is going to be something really special for music lovers of all kinds.

We are also proud to welcome SISTER NANCY to Victoria's Annual Ska & Reggae Festival for the first time!

Sister Nancy is a living legend and one of the most influential female performers in the history of reggae music. She is known to the world as the first dancehall DJ and singer. As the younger sister of underground legend Brigadier Jerry, Sister Nancy is someone that shaped her own life from an early age and learned to survive on her own.

Over the years Sister Nancy has maintained her own career but music will continue to be her passion. We are extremely lucky to have her at the festival as she does not tour regularly.

Getting things kicked off for our Friday night reggae part is are returning Mexican reggae-rockers Mamá Pulpa. Legend has it that their incredible band was forged in the fires of a collective alien abduction that implanted them with extraterrestrial musical knowledge that has led them to be one of the globes most secretly powerful and creative bands. And they return to bestow their intergalactic reggae wisdom to the Massive once again!

Finally HANDSOME TIGER will be providing the best in reggae, drum n' bass and world during interludes throughout the evening!

The Marley surname perpetuates Jamaican royalty, resonates world-wide recognition and represents the pioneer of a cultural, political and social revolution. Reggae icon and legend Bob Marley blessed the world with his timeless, brilliant and message filled sound which continues to inspire and influence audiences today. With such a living past, Bob ... more info
Audio: New Heights, Warriors, Rasta Love

Sister Nancy, aka Muma Nancy, real name Ophlin Russell-Myers, (born Ophlin Russell, 2 January 1962, Kingston, Jamaica) is a dancehall DJ and singer. She is known to the world as the first female dancehall DJ and was described as being a "dominating female voice for over two decades" on the dancehall scene. One of her most famous songs is "Bam Bam",... more info
Videos: 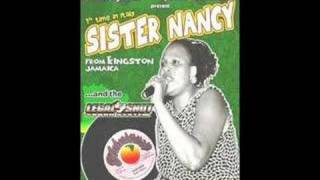 MAMA PULPA formed in the summer of 1996. It´s members met at a pizza parlor where a pizza-eating contest was being held, the first prize being an electric guitar. Apparently none of them won, but they´ve been inseparable since. As any band starting out, they began playing in small time venues, slowly developing a faithful following of fans,... more info
Audio: Que Mal Gusto, Robot