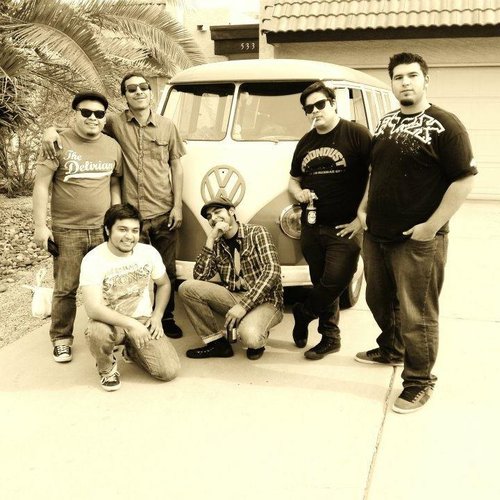 Interview with The Delirians done in June, 2012 by D'Arcy Briggs

Ska Fest: When and where did you guys meet? When did you decide to form the band?

Delirians:  Most of us, like many other bands, grew up in the punk rock scene, going to backyard shows and seeing these bands that played like if there was 10 thousand people screaming there name. It was pretty life changing to see these guys from our neighborhood playing there own music. Angel,Tony, and myself really took that on at an early age. I think it was around mid 2003 when we decided we wanted to play music, but it wasn't until 2007 when we were handed a stack of CDs (from a friend who actually named the band) with bands names like the Dynamites, Derrick Morgan, The Pioneers, and The Skatalites. It was like treasure to us, we listened, studied and lived the music from then on.
Ska Fest: What drives you as a band?
Delirians: The Feeling of making a difference in any way possible! We live in a big community and lots of musicians and artists are coming out of East Los Angeles in a positive way, when we we see ourselves progress as one it's a blessing even to have a person come up to you and tell you how great the set was its the biggest reward we can ask for.
Ska Fest: How would you describe your sound and lyrical content?
Delirians: Our music has a tendancy to give an uplifting and positive message whether lyrically or musically. We try our best to strike an emotion that can relate to the listener on an much deeper level then just" I love you or you don't love me anymore." Music is our message and playing in front of people gives us our chance to invite them to our vibes and sound and intellect.
Ska Fest: What's the next step? Any plans for the future?
Delirians: The sky's the limit for us. We just moved into our new studio and booked a tour on the way to the Victoria Ska Festival in Canada. When we get back we plan on writing a killer debut album...who knows, maybe we can get some of the Jamaican legends we have had the pleasure to play with to make a guest appearance.

Delirians: We want to thank everyone who has supported us 100% all the time....KING STEADYBEAT Luis! Jason lawless, Moondust Records, Queen P, Nancy Arteaga, Chiquis Lozoya, Chris Murray, every single person who sings along and shakes there booty to our music, D'Arcy Briggs for our first international interview, and especially YOU!! for reading this.