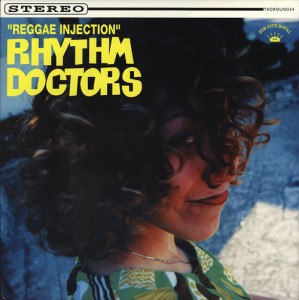 We've been gone for some time, but we're back and ready with a review of a great ska record!

It's hard to sometimes remember the reason that ska today has remained as popular and ever-present as it has. The two-tone and third-wave movements took the essence of ska and adapted it to fit the alternative sounds punk and new cultural landscapes. While many of these bands play an awesome twist on the sound, it can sometimes seem more like a far-distant genre than a simple take on it. While there have always been groups playing and paying tribute to the original sound (See: Stubborn all-stars, Slackers, Scofflaws, NYSJE), perhaps none do so with such gusto and triumph than The Rhythm Doctors. Exemplified here on this disc, these boys knew how to rock and pay tribute to the originators of the genre. Like The Upsetters, organs hang heavy over chunky guitars and steady bass. The production also lends itself to a great vibe from the classic period of ska, rocksteady, and reggae.

By today's standards we might call this rocksteady or skinhead-reggae, but at the end of the day, this is just straight up amazing ska music! While the group only ever put out one full length album, members carried on. Both of the guitar players would later go on to form The Aggrolites, a group who very much carry the same respect and attitude to the original ska movement as The Rhythm Doctors.