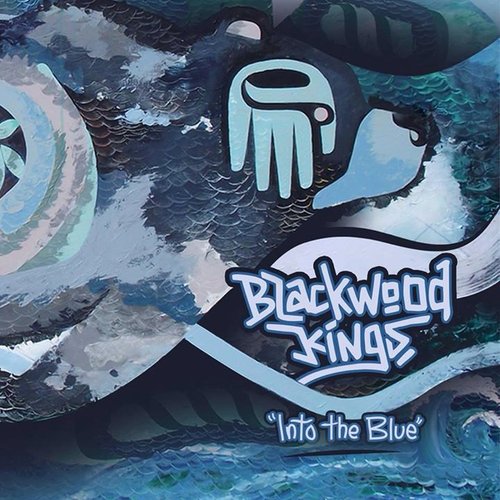 Blackwood Kings are one of the newer bands to emerge from Vancouver Island's ska and reggae scene, but these boys are bringing a whole new groove to the island. Their sound is hard to pin, but something totally all their own. We got a chance to talk with the group's Drummer, Michael Luis.

Ska Fest: When and where do you guys meet? When did you decide to form the band?

ML: The four of us met in high-school and became close in our grade-12 year of 2009/10. A group of the more artistically minded kids in our grade would meet at lunch time, play hacky sack, and shoot the shit, so I got to know the other three dudes through this. That May it was my task to put together a band to play a school dance, so I invited Chris, Noel, and Graham to join. The four us and five other guys rehearsed for a month, learning songs by The Clash, Outkast, Sly and the Family Stone, Sublime, Bob Marley, Bedouin Soundclash, The Talking Heads, all the music we liked and thought people would dance too. Fast-forward to winter 2011, Graham was back after a year in Australia, and the rest of us were at UVic. The four of us picked up where we left off in high-school, but this time started writing original material.

Ska Fest: What drives you as a band?

ML: What drives us is simply creation. It's a great feeling to hash out a song at band practice and go "Hell yeah, that's a killer song." We try to make music that we think is cool, that we'd pay to hear. When other people like it too and show support by coming out to shows and repping our merch, that's a bonus and motivation that we're doing something right.

Ska Fest: How would you describe your sound and lyrical content?

ML: For our sound, we basically just try to combine all the different styles of music that we like. The basis of our music is reggae, dub, and ska, but we try to pull in as many influences from elsewhere. The four of us have very eclectic tastes, from funk to post-rock to black metal to indie-rock, so it's fun to try and take bits and pieces from other musical worlds and mix 'em up with reggae. We also try to bring in a progressive rock influence, using weird time signatures and angular riffs. Lyrically, Chris and I each write half the lyrics. We're pretty eclectic with that as well. We have political songs, relationship songs, narrative songs, songs about friends and family. We'll play a song about snorkeling and a song about sleep disorders back-to-back in a set, almost no topic is off-limits if it fits.

Ska Fest: What's the next step? Any plans for the future?

ML: Graham is soon moving to Calgary to pursue a career as an electrician, so we'll be moving on with a new bass player though we'd love him to stay. He'll still always be involved in some way though, perhaps sending us bass lines from Calgary and collaborating with our current bassist. We're also adding a horn section to our lineup. We have an EP in the works that we've been picking at over the past year, and we've only played outside of Victoria, so touring is a high priority.

ML: We're looking forward to our Ska Fest debut so damn much. Some of us having been going to the fest since we were 16, so we're excited to be a part of it. We're something a little different so we hope that the Ska Fest fans check us out and see what Blackwood Kings is all about.