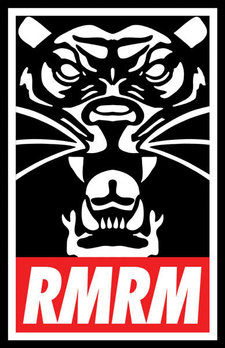 "Rocky Mountain Rebel Music is a musical party on a rampage. A juggernaut that is one part ska/reggae band and one part funk-rock, all with the Take-No-Prisoners/DIY ethic of punk rock and a slight Latin flavour. At 9 members strong, RMRM brings an onslaught of vocalists, guitars, keys, horns and percussion to the table."
The Zone 91.3FM.

What started as a basement experiment in 2008 has evolved into the 9-piece ska-funk orchestra known as RMRM. They are known to incite riots on the dancefloor. Dance Riots. That's been enough for this musical army to focus their energies on creating original, shit-hot albums and packing venues across the Great White North.

9 members, 3 albums, 5 tours, over 130 shows played, 4 appearances at Victoria Ska Festival, 5 live radio broadcasts, 1 month as The Zone's 'Band of the Month', and one award as 'Victoria's Favorite Band 2010' by Monday Magazine. The numbers don't lie, RMRM is a force to be reckoned with!

Following their 2012 release "Live and in charge" which was recorded at Victoria's 919 nightclub along side New Zealand's "The Black Seeds" RMRM is set to release their latest album in summer of 2013. They are looking forward to touring Western Canada once again after a successful 2012 tour which included Shambhala, The Big Time Out, Kelowha, V.I.C Fest, Calgary Reggae Fest and Victoria Ska Fest.

The Martlet Newspaper says "the 10-piece performs with a loose-cannon-like energy that’s guaranteed to get audiences dancing."

Nexus Newspaper states "(RMRM) is up-tempo, summertime, and surprisingly tight for such a large group"