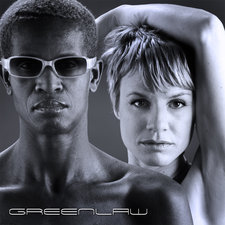 After an amazing year and fresh from a sell out European winter tour sponsored by audio equipment producers TC Helicon; Jazz / Dub / Soul / DNB sensations Greenlaw return to their home turf of Canada to celebrate the release of their brand new international hit single ‘After I’m Gone’.
Packing out shows across Germany, France, Canada, The USA and UK; Greenlaw have seen phenomenal success in the last 12 months following the release of their debut single ‘Warrior’ on Formation Records in 2008. Their unique brand of dub / soul / and drum & bass infused rhythms, combined with a unique high-energy live performance and visual showcase appeals to audiences across the spectrum, regardless of where in the world they perform.

Their latest hit ‘After I’m Gone’ has undergone the remix treatment by some of the biggest names on the scene at the moment including FormationRecords front man DJ SS, Nero, Tantrum Desire and many more. The single has seen extensive playtime by some of the most influential people in the Drum & Bass world, including being selected for airplay by BBC Radio 1’s own Fabio & Grooverider.
With a highly anticipated album due in the New Year and many more projects securely under their belt, it seems the sky is the limit for MC Ozzie and Skyla J.