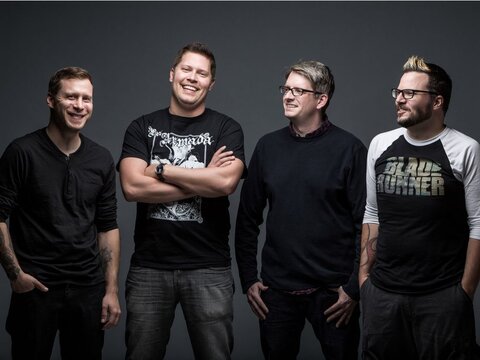 Belvedere has been playing and touring for 3 years now. They started the band when they realized that professional wrestling was getting them nowhere fast (the whole band's combined weight is about 500 pounds). So off touring the continent they went. Belvedere had been on numerous comps throughout Canada, California, Washington and Texas. They've released their first album "Because No One Stopped US" and stopped them no one has. Since that release, Belvedere had toured the Western US and Canada 5 times. They were also the winners of the Bad Religion / Warped Tour contest. If that wasn't enough, they're set to leave on a 30 day Canadian tour from Vancouver to Halifax with a few shows with Bad Religion and Strung Out in May '99. Since then there have been subsequent tours with Strung out and The Mad Caddies, Multiple videos made and a new album. 'Twas Hell Said Former Child. Come see us when we hit your town. It's inevitable that we will. (Luv Mr. Rawles and Belvedere)