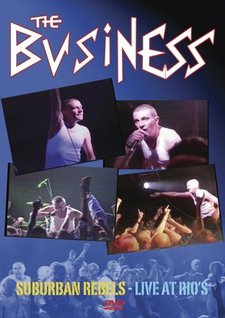 The English oi!/punk rock band the Business formed in 1979 South London where their album Suburban Rebels became influential in the Oi! Movement. The Business took a stance against political extremism with their Oi Against Racism and Political Extremism ...But Still Against The System tour. The Business has had twelve full length studio albums. Despite various lineup changes, the band's popularity continues to grow today with regular tours of America, West Europe, Australia and the Far East.