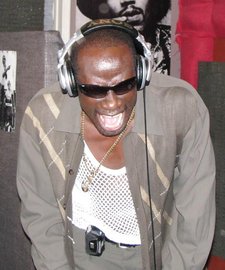 LEROY "HEPTONE" SIBBLES is a living legend whose has brought more to ska/rocksteady/reggae than many artists have done in a lifetime.

He was the lead singer for The Heptones in the 1960s and 1970s. For this performance he will be backed by Phonosonics.

In addition to his work with The Heptones, Sibbles was a session bassist and arranger at Clement 'Coxsone' Dodd's Jamaica Recording and Publishing Studio and the associated Studio One label during the prolific late 1960s, and was described as "the greatest all-round talent in reggae history" by Kevin O'Brien Chang and Wayne Chen in their 1998 book Reggae Routes.[1]