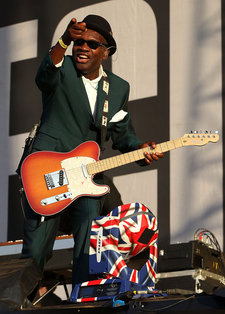 Lynval Golding represents both the history and continuing story of ska music. Golding was born in Jamaica, but moved to England when he was 18. In 1977, music history was made when he and 4 others formed the group that would later turn into The Specials. Hits such as “Gangsters,” “A Message to you, Rudy,” and “Ghost Town,” became household names throughout the UK and in North America. Golding was also a founding member of Fun Boy Three, along with Terry Hall and Neville Staple. He has also performed for The Beat and his new band, Pama International.