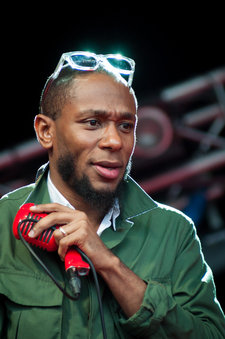 Yasiin Bey AKA Mos Def is an award winning MC and actor who is one of this generation’s most important artists. Bey’s groundbreaking musical work with Black Star and his own solo output is astonishing. With over 7 Grammy nominations to his name, Bey has left his mark on the industry. Bey’s work in film is equally notable. From his work in Spike Lee’s Bamboozled to his three nominations for his portrayal of Vivien Thomas in Something the Lord Made, Bey has been just has extended his talent from the stage to the screen. We are incredibly proud to present Yasiin Bey at this year’s Victoria Ska Festival.