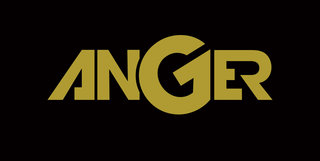 No bio has been contributed by this artist.

Too Many Zooz, A. Skillz, DJ Anger, King Benz
@ Victoria Curling Club
Sat. June 25th 21:30
$29.50 - $35 advance Ticket Info Tickets At: Destination Greater Victoria Tourist Booth, Fascinating Rhythm, Bop City Records, Red Cat Records, online @ ticketweb.ca  Buy Tickets Online
Saturday night is a night to dance, a night to celebrate, a night to have serious fun. With that in mind
Victoria Ska & Reggae Festival is proud to host a double-headliner powerhouse of a Saturday night.
Born in the fires of busking in the undergrounds stations of New York, TOO MANY ZOOZ has built
themselves a legend as one of the most engaging and hard-hittingly fun bands to hit the world of live
music in sometime. They've played alongside musical luminaries like Beyoncé and Charles Mingus, and
been featured in a staggering amount of media spots – if you think you haven't heard Too Many Zooz,
you actually probably have. But it's the videos of the their dynamic, powerful live performances that have helped spread their groovy gospel – garnering millions of YouTube plays and making them a household name around North America and beyond.

The art of modern DJ can trace its roots directly back to the streets of Jamaica. Since its inception, DJing
has spread around the globe, bringing musical worlds together as DJs relentlessly hunt for the spaces
where styles and genres overlap. No one doing it today embodies the genreless search for the party like
the mighty A. SKILLZ. For over two decades A. Skillz has established himself as a world-class DJ and
producer, rocking dancefloors around the world – including his long-running spot as a must-see DJ at
British Columbia's renowned Shambhala Music Festival. Through his live sets, his ongoing “Beats
Working” mix series and his frequent collaborations with some of the most exciting minds in music, A.
Skillz has raised the bar for what it means to truly rock a party. His blend of genres (hip-hop, Ghetto funk,
drum n' bass, classic funk and soul, reggae, and everything else under the sun, really) means when he's
behind the decks, there's literally something for everyone. If you like music, if you like dancing, then A.
Skillz for you. A true music-lover and connoisseur of all things groovy, we are so excited to welcome this
master of rhythm to Victoria Ska & Reggae Festival for the first time.

Keeping things burning between these two huge sets is one of our favourite hometown talents, DJ
ANGER. A deft mixer and selector with an incredible ear and impeccable taste, it doesn't get much better
behind the decks than Anger and we're stoked to have him back on our stage. Combine him with special
guest KING BENZ – a lyrical wizard on the mic – and it's a truly unstoppable combination. Put on your
dancing shoes and come celebrate a truly huge Saturday night with us.