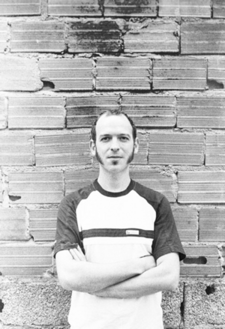 Victor received his Bachelor's and Masters degrees at the Manhattan School of Music. His experience with Jamaican music began as a sideman for Desmond Dekker and the Aces. He has since performed in the New York groups The Scofflaws, The Bluebeats, Mephiskapheles, The Stubborn All-Stars and The New York Ska Jazz Ensemble.

His production and artistic credits include, The Scofflaws, Mephiskapheles, The Pietasters, The Toasters, King Django, the Slackers, Skavoovie & the Epitones, the Articles, Gangster Politicians, One Groovy Coconut, Rocker T, Dr. Ring Ding, and the Adjusters.

More recently, Rice has been travelling back and forth from New York to San Paulo Brazil, where he produces and studies dub tracks with members of his octet and other talented Brazilian musicians in an effort to fuse Brazilian samba with sounds and styles from Jamaican rooted rock-steady.

Rice has his own touring band called the Victor Rice Octet which includes some of New York's finest ska/reggae/jazz musicians such as Buford O' Sullivan, Dave Hahn, David Hillyard (Slackers) and Eddie Ocampo.

He is also famous for his recent production with the popular underground reggae/dub band Easy All-Stars that re-created their own verison of Pink Floyd's Dark Side of the Moon into "Dub Side of the Moon."

Victor Rice continues to travel the world performing, spreading his knowledge and producing for some of the world's most talented underground ska/reggae musicians.

Victoria's 6th Annual Ska Festival is very blessed to have such a ska/reggae legend at our Festival of the People!