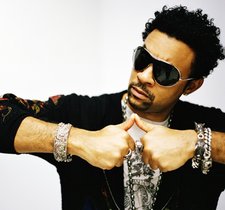 With a commanding presence, a distinctive voice that is recognizable throughout the world and titles such as artist, businessman, philanthropist and Grammy Award winner, Shaggy is and has been a forced to be reckoned with. A son of the brambly streets of Kingston, Jamaica, his discipline-which he credits to his military background-has been the foundation of his success.

In 1993, Shaggy exploded on the music scene with his debut album “Pure Pleasure.” His remix of the Ska classic Oh Carolina from that album was an instant hit in England and other countries. Shaggy followed up with his sophomore album “Boombastic” in 1995. “Boombastic” went certified platinum, won a Grammy Award in 1996 for Best Reggae Album and topped an impressive chart list that included the Top 40 Rhythmic charts, Hot 100, Billboard 200, among others.

Wanting to take a more hands on approach with his career, Shaggy, along with his manager Robert Livingston and legendary producer Sting International formed Big Yard Music Group in 1996. With its state-of-the-art equipment and highly trained staff, Big Yard set out to “create a central space filled with opportunities” and has been instrumental in the careers of artists such as Brian & Tony Gold, Kiprich, Rayvon, Rik Rok and Voicemail. Today, the label is responsible for the careers of Richie Loop, Christopher Martin and D-Major.

With the formation of Big Yard Music Group and the success of “Boombastic,” Shaggy forged ahead and recorded his third installment “Midnight Lover” in 1997. Fast forward to 2000, Shaggy released his fourth album “Hotshot” on MCA Records label. “Hotshot” went Diamond worldwide and Platinum 6 times in the United States. Notable singles from that album included It Wasn’t Me and Angel. It Wasn’t Me received a Grammy nomination. Single Luv Me, Luv Me featuring Janet Jackson was released on the Soundtrack for the movie “How Stella Got Her Groove Back.” The album also won best selling album at the 2002 Juno Awards.

In 2002 and 2005 Shaggy released “Lucky Day” and “Clothes Drop” respectively. “Lucky Day” went certified Gold while single Strength Of A Woman made the Top 40 mainstream charts. “Clothes Drop” received a Grammy Nomination for Best Reggae Album. Thereafter, Shaggy busied himself in the studio recording his next album entitled “Intoxication.”

“Intoxication” was released in 2007 and debuted at number 1 on Billboard’s Top Reggae Albums chart, was nominated for Best Reggae Album at the 51st Grammy Awards in 2008 and was the number 1 download on UK iTunes Reggae chart. The first single, Church Heathen, from the album received rave reviews. The song peaked at number 1 on various music charts and won the Best Music Video at the International Reggae and World Music Awards in 2008. The second single Bonafide Girl also made its way to number 1 on music charts. That same year, Shaggy recorded and released single Feel The Rush which was used as the original anthem for the UEFA Euro Cup. The single was featured on various charts throughout Europe and India.

Undaunted by the success of his business ventures and his music, Shaggy has always lived on the premise that “to whom much is giving, much is required.” With this belief, Shaggy took on the role of philanthropist. What began as donations of medical equipment and visits to the Bustamante Hospital For Children to distribute gifts during the holidays, paint rooms, donate beds and creation of a garden, gave birth to the Shaggy Foundation. Developed in 2008, Shaggy recruited business associates, fellow recording artists and sponsors to assist in hosting an annual charity event in which all proceeds are donated to the hospital to help defray the cost of medical equipment. To date, the Shaggy Foundation has been instrumental in raising over $85 million (JMD = $1 million USD) for the hospital.

Shaggy sought other avenues to raise funds. For example, he co-wrote a book and CD set entitled “Shaggy Parrot and the Reggae Band.” Sales from the book and CD set benefits the Bustamante Hospital in Jamaica and Tatiana McIntosh Scholarship Fund in Florida. The book was also donated to basic schools in Jamaica to be used as part of their curriculum. Additionally, the artist partnered with Pan Caribbean Financial planners for their 11th annual SIGMA Corporate Run. With a 5k course that attracted 9500 runners, walker and wheelchair participants, the event raised $14 million (JMD)/$165,000 (USD) for the Bustamante Hospital.

Now at the peak of his career, Shaggy has been approached with various endorsement deals. This gave him the opportunity to flex his boardroom muscles, adding “businessman” to his repertoire. In 2009, he recorded single Fly High which was used in a television commercial for Ferrero Rocher’s Ice Cream Bar, Maxi King. Not only did he record the single to be used in the commercial, Shaggy also appeared in the 30 second advertisement. Fly High, which is available on iTunes and in rotation on MTV, was used for Ferrero’s trailer campaign on VIVA (a television network in Germany co-owned by Viacom). Shaggy also acted as the international icon for Ultimate Ear products for brand Logitech. In summer 2008, Shaggy contributed a song, which was a remake of the 1974 classic Kung Fu Fighting by Carl Douglas, for Pepsi Cola, He appeared in the television commercial alongside T-Pain and Tami Chynn.

An exemplary career that has spanned well over a decade, Shaggy has enjoyed cross-over success. But getting to the top hasn’t been easy, “everything changes when you are a reggae artist that falls under the American gaze. The recognition in Jamaica, while paramount, does not measure to the US’s validation of an artist.” This validation has catapulted Shaggy’s career – he is the only certified Diamond-selling Dancehall Reggae artist. However, Shaggy has remained humble, taking his career in strides. He has defied the odds, succeeded on his own terms and continues to break down barriers for those who dare to follow in his footsteps.