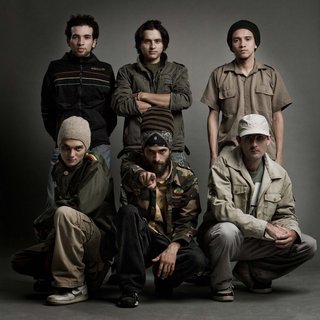 The reggae and ska community knows no borders, and if any band is a testament to that, it’s Colombia’s De Bruces a Mi. Created by Mauricio Osario and Ronald Rico in 1999, the project began in earnest as a group of friends looking to involve themselves with and grow within the reggae music they loved. Taking inspiration from a multitude of influences, from legends like Bob Marley and The Skatalites to local favourites Tota la Momposina and Petrona Martinez, De Bruces a Mi specializes in an eclectic mix of ska and reggae with salsa, calypso, and the champeta native to their region of Caribbean-coastal Colombia. The band quickly grew to prominence inside of their national scene with releases such as 2002’s self-titled debut, 2007’s Real, 2009’s El poder de tu alma, and 2012’s Elemento sorpresa.

Although they’ve established themselves as cornerstone of the Colombian reggae scene (including playing at festivals like the Miche Rock Festival and Jamming Festival), De Bruces a Mi have also toured throughout the Americas. With their unique sonic blend and devotion to the guiding ethos of reggae culture, De Bruces a Mi are certainly one of the brightest talents in the scene today. De Bruces a Mi are the fifth Colombian band to take the Victoria Ska & Reggae Fest stage, which is just another step in our mission of showcasing one of the best ska/reggae hotbeds in the world.