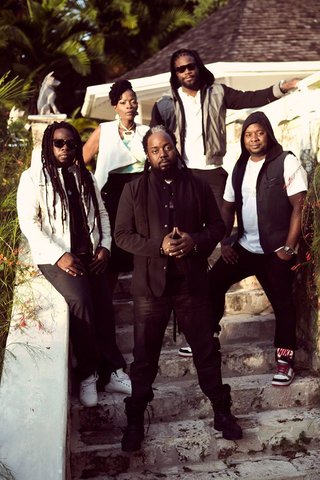 Titled “the Royal Family of Reggae”, Morgan Heritage have been at it for over two decades. Sibling rivalry hasn’t seemed to affect the Morgans in any way. The five-piece roots reggae all-stars consist of Memmalatel ‘Mr. Mojo’ Morgan (percussion/vocals), Nakamyah ‘Lukes’ Morgan (rhythm guitar), Peetah Morgan (vocals), Roy ‘Gramps’ Morgan (keyboard/vocals), and sister Una Morgan (keyboard/vocals). The group performs with a tightness and charisma that can only come from a group of people who have spent their whole lives together, their varied vocal styles interlocking over some of the wickedest reggae grooves around.

Music certainly runs in the family, considering their father Denroy Morgan is also a well-respected reggae producer and musician. Morgan Heritage just released their tenth studio album, Strictly Roots - the first on their newly created label CTBC (Cool To Be Conscious) Music Group. Coming 21 years after the release of their first record, Miracle, the LP instantly shot to #1 on the iTunes reggae charts. It features not only some of the Morgans best work, but also showcases an all-star lineup of guests: dancehall star Shaggy, pop-reggae vocalist J Boog, reggae-rock stars Rebelution, members of the recently-Grammy-nominated SOJA, rising roots revivalist Chronixx, and drumming courtesy of acclaimed percussionist Gil Sharone.

The group continues to be a force on the festival circuit worldwide, giving fans a taste of their soulful brand of roots reggae that brings in touches of dub, r&b and dancehall. The group certainly won’t have a shortage of material to choose from at Ship Point, but fans should expect to hear some hot new tracks from the Jamaican outfit. Morgan Heritage seems to be in full control of their creative output with the creation of their new label, and show no signs of slowing down. These are all good signs for fans of Jamaica’s Royal Family of Reggae.

Inna Dem Ting Deh
Everything is Still Everything
Playlists