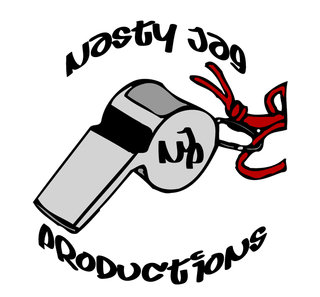 It's been a long time since we celebrated a Saturday night in the Inner Harbour with all our friends, so we decided that we needed to throw down extra hard this year with a lineup of some of Canada's coolest, most forward-thinking bands and artists. Night 4 will be headlined by Canadian reggae giants BEDOUIN SOUNDCLASH as they take the Victoria Ska & Reggae Festival stage for the first time. For over twenty years Bedouin Soundclash has been helping push Canadian reggae to the forefront of the musical landscape with their soulful, exciting and unique catalogue. Songs like “When The Night Feels My Song” and “Walls Fall Down” have become legit staples of Canadian radio, crossing over genre boundaries and spreading reggae to audiences that may otherwise not hear anything on this side of the Wailers.

Joining Bedouin Soundclash for our Saturday party under the skyline is Vancouvers unstoppable groove juggernaut, FIVE ALARM FUNK. One of the most ferociously fun bands to ever exist – not just on the west coast but in all the galaxy – Five Alarm Funk delivers a relentlessly pulsing show that radiates an energy unlike anything you've ever felt. Try not to dance at a Five Alarm Funk show and you will fail, for it is an impossible task. When Five Alarm Funk gets in front of an audience there is no choice but to take their lead and follow them into the groovy abyss, a place where feet move, asses shake and bodies sweat. Victoria Ska & Reggae Festival is also proud to welcome THE GAFF to our stages for the first time. One of the most talented and knowledgable DJ s the Canada has ever produced, The Gaff has become renowned for his otherworldy turntable skills, deft genre-mashing and seemingly endless knowledge of an endless array of music. Able to move like water and adapt to any environment he's in, The Gaff has built a reputation as a man that can start a party anywhere and get any crowd moving. Coming across the Strait to join the party is Vancouver's BABYFACE BRASS. Cutting their teeth for over a decade busking on the streets of Vancouver, Babyface Brass has honed themselves into one of the city's most deadly party bands, ready to lay it down something fierce at a moment's notice. Keeping the dancefloor hot and moving between sets is NASTY JAG SOUND, one of Vancouver's most reliable crews for the best riddims as they drop soca, calypso, dancehall, reggae and anything else that make the speakers thump.

Come join us for one of the wildest Saturdays the Inner Harbour has ever seen! Night 4 of Victoria's 23rd Annual Ska & Reggae Fest is shaping up to be something truly special. Don't miss it!