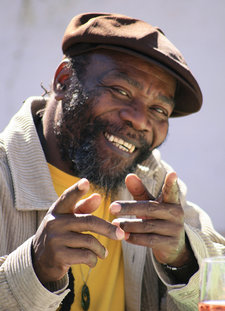 With a career that spans across more than four decades, Clinton Fearon is one of the most influential and widely respected reggae musicians still producing and touring. Since 1987 Fearon has lived and worked out of Seattle, but spent most of his life living in Jamaica, and it is here that he has his roots and where he honed his unique style.

Fearon is still not only recording but actively recording and producing music, with his most recent album, Heart and Soul, released earlier this year. The album features new material along with reworkings of songs he wrote during his time with The Gladiators— a famous Jamaican reggae band from the 1970s.