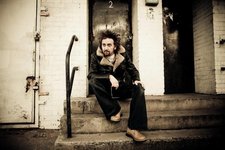 Gaudi’s eclectic style and versatility has kept him at the forefront of his field throughout a noteable and prolific career. His music, which is an organic fusion of dub, world and nu-beat, is in production, on the playlists and regularly being performed live in the UK and internationally.

He has been stretching the boundaries of music since the start of his career in the early eighties. From a very early age however, Italian born Gaudi cultivated his obsession with music by constantly searching for and experimenting with new forms of sounds and grooves. A classically trained pianist with a fascination for anything that could produce sound distortion, his musical foundations were set in electronic and reggae music.