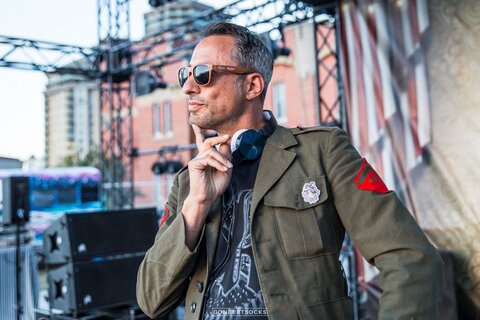 In the beginning, there was the one – The Funk. A primal rhythm to connect humanity to each other and beyond. But from the one, arose Five...Fort Knox Five (FK5) – soldiers of The Funk, dedicated to inject the world with booty-shaking, hip-grinding, funk-da-fied beats!
Originally formed in Washington, DC in 2003 – inspired by the funk, soul, hip hop and punk rock of their youth – Fort Knox Five solidified into a 4-piece band comprised of Steve Raskin, Jon Horvath, Rob Myers, and Sid Barcelona. The fifth slot in the “Five” remained open for collaboration – working with such vocal talents as Mustafa Akbar, Afrika Bambaataa, and Joe Quarterman.
Combining live instrumentation with electronic music and a keen ear for uncut funkiness, FK5 began accumulating fans and accolades for their infectious, musically diverse originals, remixes as well as their club and festival shows. With grooves that shift effortlessly from funk, house, reggae & glitch hop to prime-time bangers that feature Robs live guitar (or sitar) heroics, FK5 pioneered a modern funk revolution. A revolution that has seen them touring and performing for nearly two decades alongside industry giants and icons including The Beastie Boys, Jurassic 5, Z Trip, and Krafty Kuts. Their uniquely groovy music has found its way into hit video games, TV shows, commercials and movies – including over a dozen titles on EA Sports and the Oscar-winning documentary, The Cove.
With the untimely passing of Jon H, Steve Raskin has taken over as the principle DJ for the group and now leads the charge of the Fort Knox brigade on the road into the funky future. He tours their signature brand of glitched-out funk with high energy sets in any setting from lounges to world famous clubs and some of the largest festivals across the globe.
After nearly two decades of creating solid gold funk in the gritty underground of the Nation’s Capital, FK5 keeps evolving. Raskin recently relocated to British Columbia, Canada, where he continues building FK5’s sonic archive of floor-rocking music, overseeing music production, live shows, and streams. Rob Myers collaborates cross-continentally on production and song writing while also touring with Thievery Corporation, and Sid Barcelona oversees the operations of the group’s label, Fort Knox Recordings.
Throughout it all, FK5 has continued recording, collaborating, remixing, and touring, often with younger groups and artists who grew up influenced by their funk-infused electronic sound and their Midas touch for creating heavy-hitting records.
From the pulsing clubs of DC to the outdoor festivals of BC – including yearly slots at legendary BC electronic festivals Shambhala and Bass Coast – FK5 continues to tap into the pulsing, primal rhythm of The Funk and the unfiltered love of making the kind of music that lifts your soul and makes your booty shake! 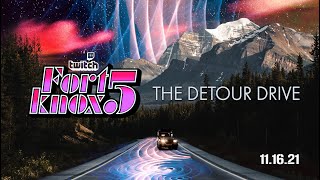