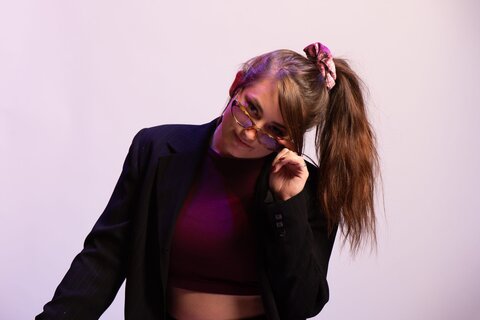 Based out of Vancouver, British Columbia, Jennay Badger has established herself as an innovative and multifaceted DJ with a deep well of passion. Notorious for hip-hop samples, disco thumpers and deep bass, Badger pulls musical inspiration from every corner of the electronic and live music worlds. Her genre-defying live shows evoke bliss with an infectious energy that get you moving and leave you sweating, smiling, and begging for more.
Jennay Badger began her career DJing up and down Vancouver Island in the mid 2000s, playing outdoor shows & later evolving to clubs in 2014. She has performed at major BC festivals such as Rifflandia, Cumberland Wild, Laketown Shakedown, The Phillips Backyard Weekender and Song & Surf. In 2019 she moved to Vancouver and quickly stepped onto the scene, performing at the legendary Red Room with Vancouver's foremost purveryors of big-time bass, Digital Motions crew. Victoria is where she cut her teeth and became a full-time DJ/Dancer and music enthusiast. In 2017 she went on to form the body-positive & gender-inclusive dance collective Influx – proving she is not only a powerhouse DJ, but a true entertainer and innovator.
Whether its 1AM in the club or performing a chilled out afternoon festival slot, when Badger is in performance mode, its hard not to recognize her unique selection & undeniable stage presence. After releasing various mixtapes – highlighted by her acclaimed snapsforbae series – Badger has cleary expanded her arsenal as she expands into the realm of production. Badger's journey has only just started and with big heart, charisma, flair and the drive to back it, you can bet that she’s gonna be rocking a stage near you real soon. 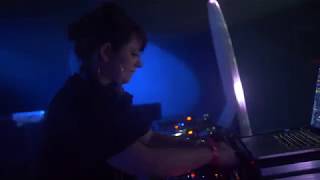