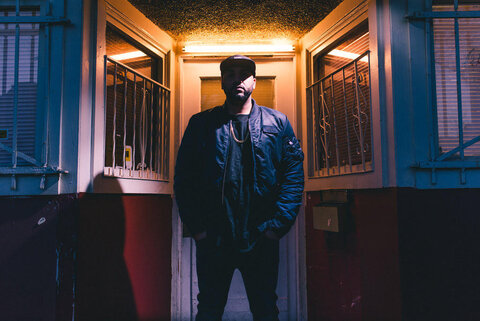 DJ ABEL is among Vancouver's tightest selecters and sought after DJs, making people sweat and groove with over 15 years on the scene. Everyone in the dancehall/reggae and hip hop circles know of his skills. Abel's aggressive, deep hip-hop and reggae styles, combined with his phenomenal skills on the turntables has made him a household name in Vancouver, helping pave the way for DJ Abel to rock crowds not just on the west coast, but around the world, as he travels the globe sharing the stage with icons and heavyweights of the music world. A strong mic presence when needed, together with his immaculate knowledge of how to rock a dancefloor makes DJ Abel an untouchable force on the coast.

The Soul Rebels, Gabriel Teodros, DJ Abel
@ White Eagle Polish Hall
Sun. February 27th 19:30
$25 - 29.95 advance  Buy Tickets Online
In honour of Black History Month and to celebrate the final presentation of Garden City Grooves, Victoria BC Ska & Reggae Society is extremely proud to welcome New Orleans brass champions, THE SOUL REBELS to Victoria for the first time. It’s been five years since The Soul Rebels have been to western Canada and we say that’s far too long! One of the most powerful brass bands to come out of the US in as long as we can remember, The Soul Rebels are a gold standard for live music in North America and beyond. The band bridges the gaps between classic brass band sounds, funk, soul and hip-hop. Through their collaborations with some of the biggest names in not just hip-hop, but music as a whole – like Lil Wayne, Wu-Tang Clan, Katy Perry, DMX, Nas, Portugal. The Man and Macy Gray, to name a few – the band has garnered attention and praise globally. No other band in music is doing it like The Soul Rebels. To listen to an album from The Soul Rebels or, more importantly, to catch the group live, is to be presented with a sound that reminds you of the past while pulling you forward into the future – all while making you groove and sweat on the dancefloor.

Joining The Soul Rebels for this very special closing night of Garden City Grooves VIII is veteran of the Seattle hip-hop scene, community organizer and KEXP host GABRIEL TEODROS. It’s been a long while since Teodros has been above the 49th parallel to lay down his deep, ultra-smooth conscious hip-hop and we’re very excited to see what our old friend has in store for his triumphant return to Victoria. We’re also excited to have DJ ABEL, one of Vancouver’s premier selectors, on hand to hold things down with his hard-hitting dancehall and hip-hop sounds. Come join us as we wrap up Garden City Grooves VIII in serious style.

Note: The Soul Rebels and Gabriel Teodros will be offering free workshops at White Eagle Hall in addition to their live performances. The Soul Rebels will be presenting their workshop earlier in the day, FREE (with proof of full vaccination) for anyone who wants to learn more about the band, their music and their influences. Gabriel Teodros’ free workshop will be announced in the coming weeks.