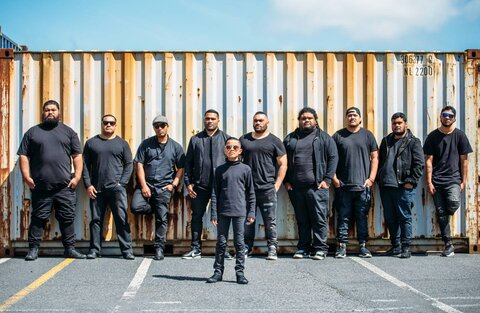 Over the past decade, Three Houses Down have established themselves as one of New Zealand’s greatest musical exports. With tours and success all over the world, along with a dedicated following at home, Three Houses Down has built a small empire with their highly engaging, smooth and beautiful lover's reggae.

Three Houses Down was born in 2004 after brothers Rob, Sione and Charlie Pome’e left their previous band based three houses up the road from their parents’ home. While the previous ten years has seen several line-up changes, the driving force behind their desire to live their dreams has remained the same – family. “To be honest that is the secret to our band, a strong family foundation. It brings us back to ground level.”

These days Three Houses Down tours and plays with the truly wonderful, angel-voiced General Fiyah. Since joining the band in 2016, the young General Fiyah has captivated reggae-loving audiences around the globe with his effervescent stage presence and beautiful singing voice.

The band’s style – a combination of their love for classical reggae and their Polynesian roots – has been crafted over countless live shows, and was put on display with their first two albums, Dreadtown (2007) and Breakout (2009). Both albums were huge successes both at home and abroad, with multiple Pacific Music Awards to their name, along with huge tours throughout Hawai’i and the United States.

Live, Three Houses Down are a true force. The huge powerhouse band showcases not only an incredible brass section, but also shows Three Houses Down are not just another reggae band. Through years of choral training and singing, the brothers have stunning voices, accentuating the band’s blend of reggae, roots and rock with their classical sensibilities. And with General Fiyah at the forefront, there is nothing like them in reggae music today. 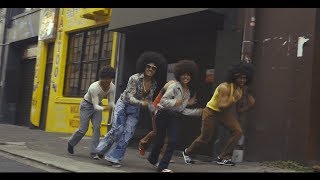