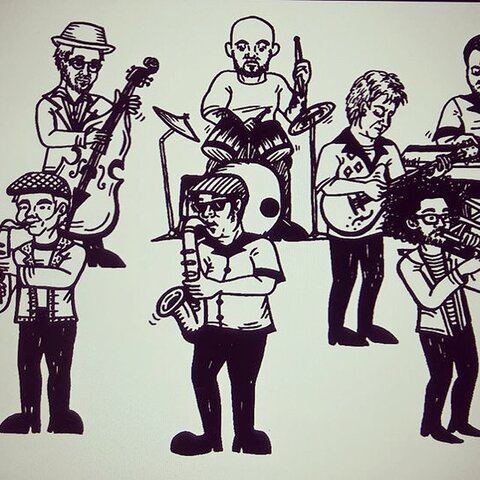 Since 2012, Buddy Jay's Jamaican Jazz Band has elaborated on the tradition of Jamaican Jazz and R&B music. They move the music forward by engaging a deep respect for the sound, and by writing original Jamaican jazz ,ska, dub reggae, calypso and rocksteady influenced tunes and performing them with tenacity. Their sound is firmly rooted in the golden era of Jamaican music; the 1960's and 1970's. When naming the band, Buddy preferred to call a spade a spade and use the words “Jamaican Jazz” instead of the usual “Ska” which is used to describe a whole myriad of styles within the genre these days. He wanted to make sure that people understood that the group was paying respect to the original artists and people who created the music, and that that was something of the utmost importance to the band.

Buddy Jay and the band's unique take on the genre of Jamaican jazz have allowed them the opportunity to share the stage with a lot of other great talents. As part of the Soul'd Out Music Festival they shared the stage with the likes of Vieux Farke Toure, Charles Bradley, Mos Def, and many more and have also shared the stage with genre icons like Winston Jarrett, Monty Neysmith, The Skints, Giant Panda Gorilla Dub Squad, and The Gladiators to name a few.

The current lineup features members of The Cascadians ,The Isrealites, Grupo Condente, March Fourth Marching Band, Cloud Six, DCB, and more. Buddy and the band's very first self titled album, was released upon the world in 2015 to great acclaim drawing international podcast and radio AirPlay. 2019 saw the release of a split EP titled “Before the Big One” with newcomers The Cascadians featuring dub versions of two new tunes. A second full length release is currently in the works as we speak!

These heavy hitters always bring the party and never play a room without a dance floor. Stay tuned because Buddy Jay is here to stay!