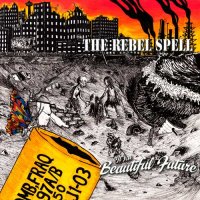 We came together in 2002 in East Vancouver, Coast Salish Territories. We are passionate about DIY culture, community building and social change.


History
We released our first album, Expression in Laymen’s Terms in 2003. Wretchederin recorded it at Fiasco Bros. studio and Doug Naugler mixed it. We hand cut and glued cases for the first 500 cds. Chris Rebel did the artwork and changed it over subsequent pressings. Later on our friends from Seattle released it on vinyl on Out of Tune Records.

In 2005 we released Days of Rage and in 2007 we put out the EP Four Songs about Freedom on CD. We started calling our label Clandestine Collective. Both of those works were later released as digital albums through G7 Welcoming Committee, Propaghandi’s label based out of Winnipeg. They were produced by Doug Naugler and the artwork is by Chris Rebel. Four Songs features Nate Cunnings on keyboards on the track “They Know”.

In 2011 we released It’s a Beautiful Future through Rebel Time Records out of Hamilton. It is also available in Europe through Fire and Flames. We brought in a bunch of guest musicians for this one; Kytami played violin on the track “Uncontrollable”, Troi Poison sung on “Tragedy” and Nate Cunnings played keys on “It Can’t Be Just Me” and “The World Turned Upside Down”. The artwork is by Oliver, Cablz, and Paul Tryl.

It Can't Be Just Me
They Know
Bring 'em In
December 8th, 1980
Mover of Movers