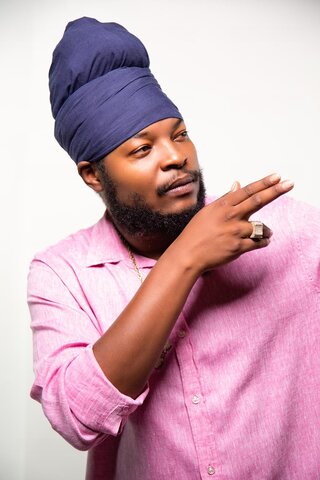 Blessed with a smooth, melodic voice and an impressive innate writing ability that captures a story like no other, Pressure Busspipe is poised to dominate reggae audiences throughout the world. Called “Pressure” by virtue of the hard times and daily struggle we all face, Pressure is an artist dedicated to consistently delivering conscious messages to teach and unite the masses, through his musical talents. Born Delyno Brown on August 5, 1981, Pressure was introduced to music at a very young age by his father, who was a member of a popular local band in St. Thomas, U.S. Virgin Islands. Pressure first rose to popularity in the Virgin Islands and in regional and national reggae circles as a member of the Star Lion Family reggae group, made up of seven local artists. The group was in high demand and opened for established reggae artists such as Capleton, Buju Banton, Bunny Wailer, and Junior Reid, to name a few. Following placement of his single “Love and Affection” on the 2007 Reggae Gold compilation, Pressure released his Love and Affection album in 2007 on Don Corleon Records. Since then he’s released numerous singles and records, such as The Sound, which was produced by Zion I Kings. He first appeared on an Easy Star Records release guesting with New Kingston and now voices an amazing lovers rock track on the Star Chile EP. Wherever he goes Pressure Busspipe carries the torch of real reggae with passion, spreading the culture far and wide as he sings his songs of love and struggle. 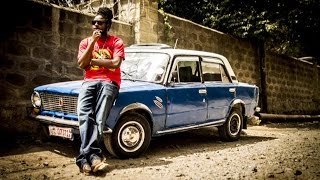 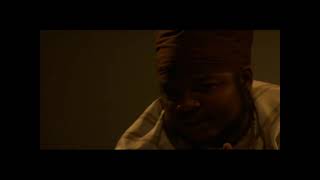 We mark night 3 of Victoria's 23rd Annual Ska & Reggae Festival by celebrating the cross-generational appeal and power of reggae music KING YELLOWMAN & K'REEMA and PRESSURE BUSSPIPE. There are few dancehall deejays as renowned and legendary as the mighty KING YELLOWMAN and Victoria Ska & Reggae Festival is beyond excited to welcome the icon back. Side by side with his incredibly talented and captivating daughter K'REEMA, festival goers can expect a truly unforgettable performance that highlights the best of dancehall and reggae, with splashes of modern R&B and soul dripping through their performance. An albino who was abandoned as a youth and shunned by parts of the reggae community as he grew up, King Yellowman has persisted through it all and remains a shining example of the power of reggae and continues to spread a message of peace, love and unity for all people regardless of colour, race, sexual orientation or identity.

We are extremely proud to welcome world-renowned reggae artist PRESSURE BUSSPIPE to Victoria (And to BC as a whole!) for the very first time on Friday, June 24 at the Victoria Curling Club where he'll be sharing the bill with the iconic King Yellowman & K'reema. Pressure has been one of the most exciting voices in reggae since the 2005 release of his heralded debut album “The Pressure Is On.” Many of his singles – most notably his 2007 mega-hit “Love and Affection” - have become staples of reggae lovers around the globe. He is undoubtedly one of modern reggae's greatest ambassadors, singing powerful songs of love and struggle, spreading the gospel of real reggae music wherever he goes. Pressure Busspipe is truly a man in demand and has collabroated with some of the biggest names in reggae and hip-hop like Damian and Stephen Marley, Proteje, Redman, Kabaka Pyramid, and Jah9 to name but a few. He'll be coming to Victoria Ska & Reggae Fest backed with his band for what is sure to be one of the most powerful and exciting performances the city is going to see this summer.

Keeping our feet moving between sets for our reggae celebration is the powerhouse DJ combo of DJ KEMO & DJ AREMS. Expect the finest in reggae, dancehall, hip-hop and everything in between when these two get behind the wheels of steel. Guaranteed wall-to-wall freshness from opening to closing on this Friday night reggae party.