Born on the wicked and wild west coast of Vancouver Island, British Columbia, on a sandy beach amongst breaking surf and torrential spring downpours, looking forward to the months of endless sunshine to come , five friends feeling very blessed to live in the tropics of Canada all with a passion for Reggae, Ska, and Surf music with its own unique Vancouver Island style and west coast sound created a band called Brave New Waves and began quickly growing in popularity in the beach and surf scene they grw up in. Withion a few months of forming in early May 2007 they had played their origional west coast music at house parties, backyard barbeques, and local bars almost every other night and were quickly gaining friends, fans, and much due respect in the local Ska and Reggae music scene and were becoming known and loved for their origional west coast sound! With summer just around the corner and nothing but positive feedback from friends and fans Brave New Waves knew that it was time to cut a 10 song demo c.d. to begin selling at larger shows and venues. In order to guarantee sold out shows Brave New Waves jumped on a friends Tri-Miran sailboat armed with a full band setup and a generator and dropped anchor at the local summer hotspot in Victoria, Gonzalez Beach, and performed a show to over 400 ppl on the beach during a skimboard contest! Shows were selling out and fans loved the 10 song demo both on the island and in Vancouver, B.C., as well as all over the mainland as Brave New Waves began to take their music all around the Province. Back in Victoria Brave New Waves had established themselves as a force to be recconed with at the top of the local Ska/Reggae music scene and over the next year with their origional Vancouver Island style music caused it to flourish like never before gaining countless new fiends and fans in the process. After playin almost a show a week for 2 years running Brave New Waves were asked to Headline the Main Stage at Victoria, British Columbias, 10th annual SkaFest where they performed to over 1600 excited fans and friends. After this amazing performance Brave New Waves decided it was time to go into the studio ,with their long time friend and Producer Michael Davies, and record a 14 track self titled studio quality album. While recording this album they booked a tour from Victoria, British Columbia all the way to Winnipeg, Manitoba and back playing 23 shows in 25 days bringing their island style to the heart of Canada! After relentless touring one would think that the members of Brave New Waves would be worn out but all the positive energy and love for their music from new friends, and fans everywhere hey went only gave them new energy and inspiration. Many people along the way said that listening to Brave New Waves and their origional Vancouver Island style Reggae was like taking a vacation to the wild west coast and reminded them of summer and easy living. Upon returning home Brave New Waves played a sold out show for their new self titled album release on Oct 23rd 2009 at Sugar Nightclub in Victoria, B.C. to friends and fans new and old who couldnt get enough of the new songs and they sold 150 copies of the album that night alone. In the past few months since their tour Brave New Waves have been writing amazing new material, practicing every night, and playing their sweet island style surf saturated west coast music at local clubs and bars filling up the dancefloor and gaining yet more friends and fans. Brave New Waves mission is to bring their one of a kind west coast island style sound to eager ears everywhere and play festivals, bars, nightclubs, and tours both Nationally and Internationally drawing the attention of music lovers and the media worldwide. If you want a sound that takes u away to an island with beautiful sandy beaches, lush green rainforests, and beautiful breaking waves then Brave New Waves is the band for you. Brave New Waves is Truly the sound of tropical Canada. 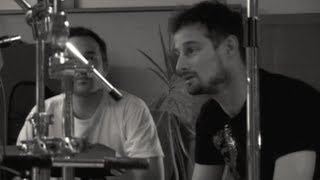 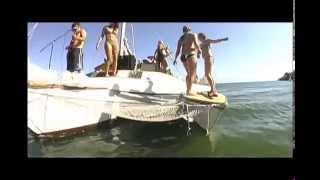 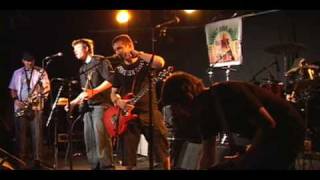 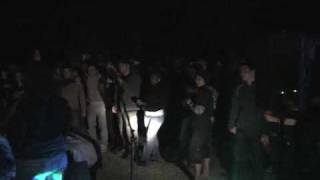