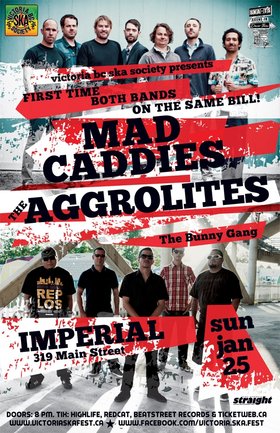 Sun. January 25th 2015 @ The Imperial Vancouver BC (No Minors)
8:30pm doors at 8pm
$25 advance
Tickets at: Highlife Records, Ticketweb, Red Cat Records, Beatstreet Records
Presented by: Victoria BC Ska and Reggae Society
For the first time the Mad Caddies and The Aggrolites will join forces to bring an unbelieveable experience for ska/reggae fans all over British Columbia and beyond. Both bands have been supporters of the Victoria BC Ska Society since the early stages of their careers. This show is like one big family reunion! It's two family clans meeting each other in a match so many fans only imagined they might get to witness one day. Now it's happening.

And to make matters even better, we've added The Bunny Gang. This is Nathan Maxwell of Flogging Molly's new band! With a triple bill like this you can't resist!

Grab tickets quickly before they're gone!

There are singers, guitarists and even entire bands who will say that if not for so and so if not for the music and classic albums of this artist or that artistthey wouldnt exist. In the case of the Aggrolites, thats not just hyperbole. If not for the great Jamaica ska singer Derrick Morgan, the Aggrolites would quite honestly not exist. The band w... more info
Audio: Love Isn't Love, Countryman Fiddle, Jimmy Jack

Mad Caddies are a 7 piece reggae and dixieland jazz influenced softcore punk-rock band from Santa Barbara, California. Having played on countless tours with almost any punk band you can think of the Mad Caddies are in the cream of the crop for new school punk bands.
more info
Audio: Mary Melody, Machos Nachos, Something's Wrong at the Playground
Videos: 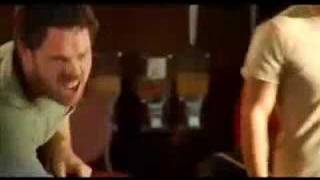 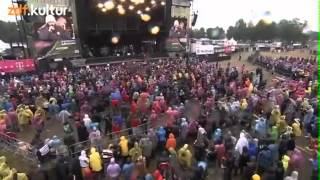