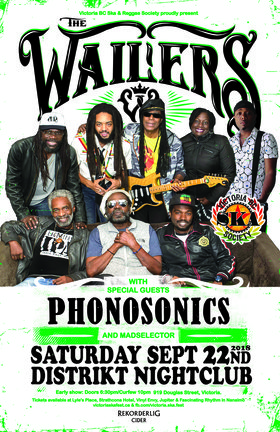 "The legendary Wailers band returns to bring its revolutionary sound to fans around the world. Steered by famed bassist and founder Aston “Familyman” Barrett, and joined in solidarity with original Wailers’ guitarists Julian Junior Marvin and Donald Kinsey, The Wailers continue to create musical history." (thewailers.net)

Phonosonics notably are one of Canada's most talented rocksteady groups. This band hailing from Victoria BC has a new album set to release called "Reggae Don't Pay the Rent." The band has also played on Victoria Ska & Reggae Festival twice and have been featured on David Rodigan radio program on the BBC which is one of the most known reggae shows in the world.

MadSelector aka Madeliene Fisher will be warming up the crowd and playing sweet roots, dancehall and world before and after The Wailers and Phonosonics' performances.

Phonosonics is Victoria BC's premiere Rocksteady/Roots-Reggae massive. With their soulful harmonies, their blazing horns and their old-school grooves, the band has dazzled audiences across BC, bringing an authentic interpretation of 1960's and 1970's ska, rocksteady and reggae. Phonosonics is a fun-filled act combining the Rocksteady Soul of the ol... more info
Videos: 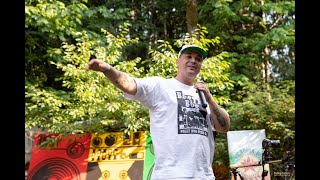