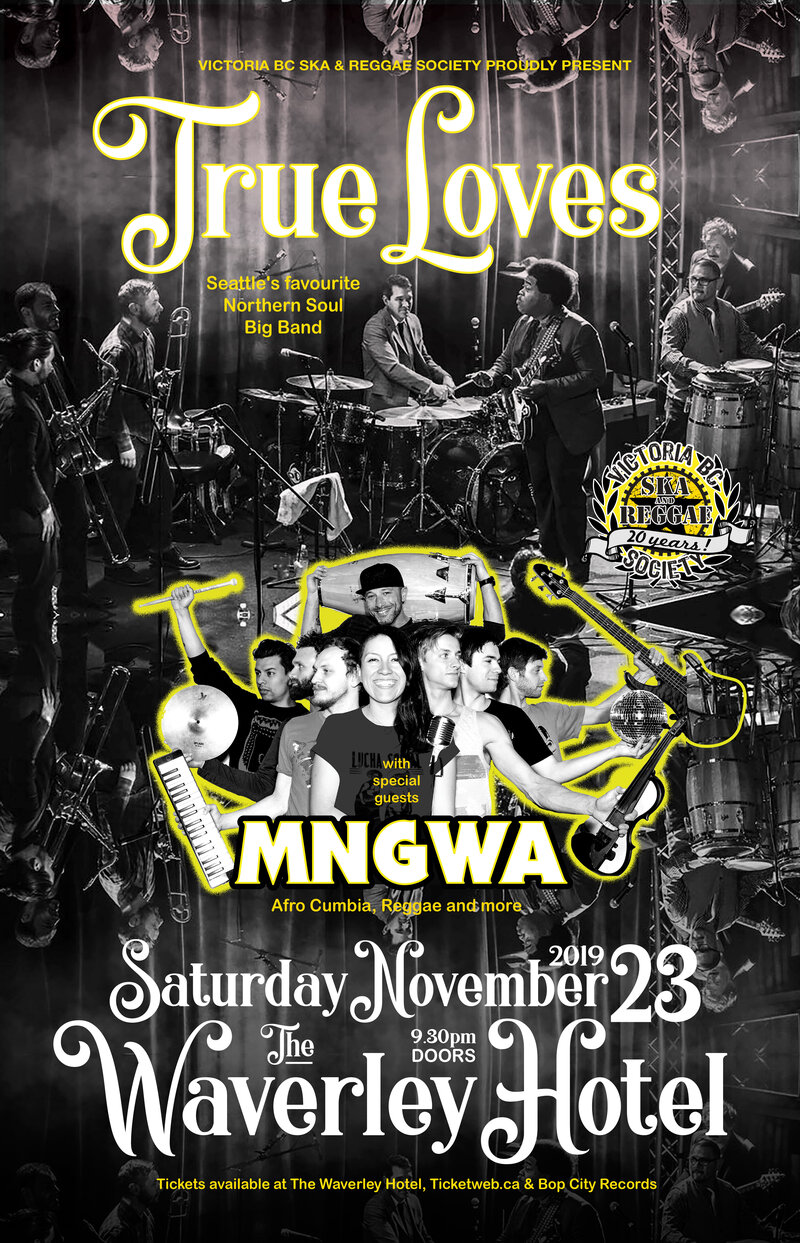 Sat. November 23rd 2019 @ The Waverley Hotel Cumberland BC (No Minors)
10pm
$17.50 - $22 advancce
Tickets at: The Waverley Hotel, Bop City Records
Presented by: Victoria BC Ska and Reggae Society
Victoria BC Ska & Reggae Society is proud to present a mixture of northern soul (True Loves) and Afro-cumbia (MNGWA) on Saturday, November 23 at The Waverley Hotel. Both of these bands are playing on Victoria's 6th Garden City Grooves concert series and we are excited to bring them up to the Comox Valley for an evening of world class music.
One of the crown jewels of Pacific Northwest music scene, the seeds of this incredible band were planted at a 3-man jam session in Seattle in 2014 and the ensuing years have seen True Loves grow into a 8-piece behemoth and a true musical force. The bands live performances are the stuff of legend, garnering them millions of views on YouTube and appearances at festivals around North America. The band is its own block party, building temporary temples of rhythm for true groove-seekers to come get down and commune with the groove gods.

Vancouver's groove-juggernaut MNGWA is coming across the Georgia Straight to lay down the funky-fresh sounds that define this incredible band. While the musical spirit of MNGWA is rooted in South American cumbia, their Vancouver home has allowed MNGWA ample opportunity to abMNGWAsorb influences from far and wide, blending hip-hop, dub, psychedelic rock and even surf rock into their ultra-unique sonic stew. Their undeniable talent and energy has helped get them on the radar of Latin music fans worldwide, and with members from across Europe, Mexico and Canada, the band is seemingly limitless in the variety of sounds it can build.