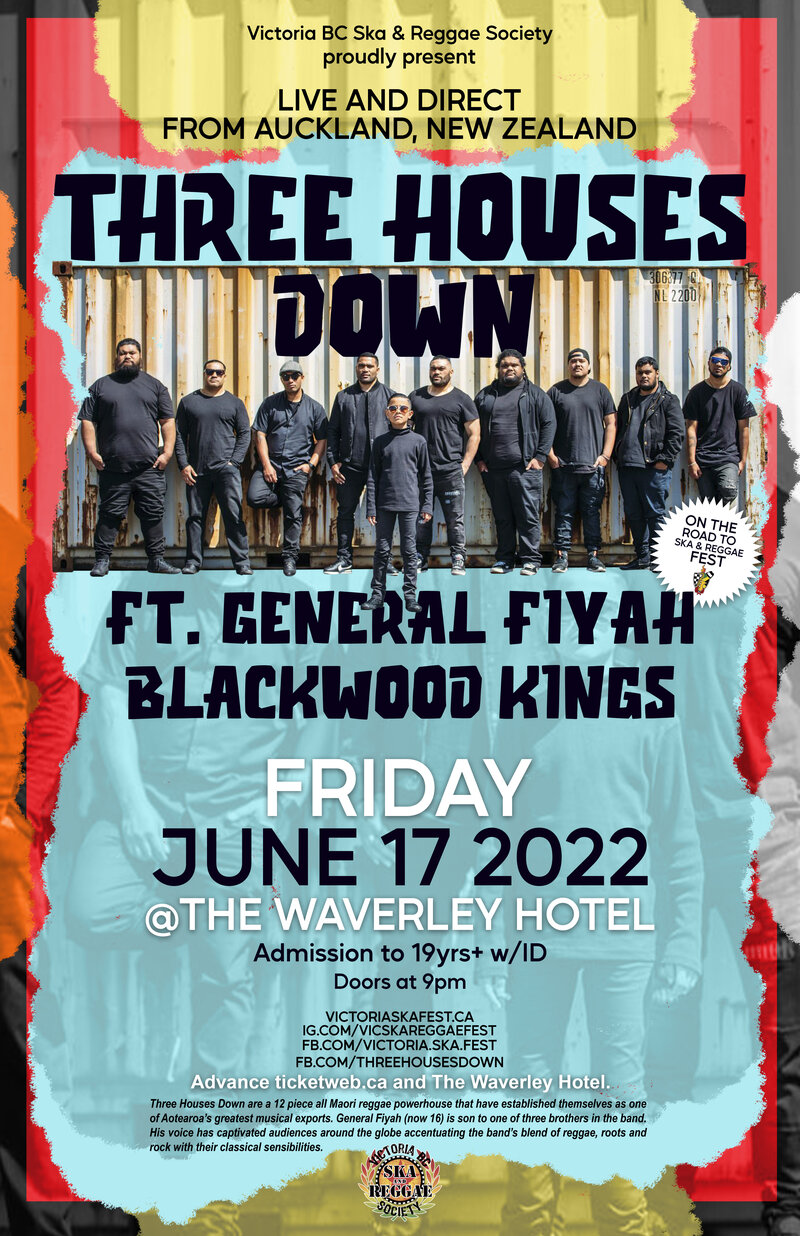 Fri. June 17th 2022 @  The Waverley Hotel Victoria BC (No Minors)
22:00 doors at 21:00
$20 - $25 advance
Tickets at: The Waverley Hotel
Presented by: Victoria BC Ska and Reggae Society
Victoria Ska & Reggae Society is excited to present Three Houses Down ft. General Fiyah live and direct from Auckland, New Zealand on Friday, June 17th at The Waverley Hotel. They'll be joined by Island ska/reggae outfit Blackwood Kings who will soon be celebrating their 10 years since they first named their band by the street they once practised and lived in Victoria.

Three Houses Down are a 12 piece all Maori reggae powerhouse that have established themselves as one of Aotearoa’s greatest musical exports. The band was born in 2004 after brothers Rob, Sione and Charlie Pome’e left their previous band based three houses up the road from their parents’ home. Surviving and thriving through life's challenges, the band's philosophy has remained the same – family.

Through their strong family bond, Rob Pome's son General Fiyah (now 16) has become a star and featured lead singer of the band. Appearing on numerous festivals, talk shows and concerts since the age of 11, his voice has captivated audiences around the globe accentuating the band’s blend of reggae, roots and rock with their classical sensibilities.