Fri. June 24th 2016 @ Capital Ballroom Victoria BC (No Minors)
10pm doors at 9:30pm
$16.50 - $20 adv.
Tickets at: Lyles Place, Ticketweb
Presented by: Victoria BC Ska and Reggae Society, Victoria Ska & Reggae Festival
Back by popular demand, Victoria BC Ska Society is excited to once again present an AMY WINEHOUSE EXTRAVAGANZA on Victoria's 17th Annual Ska & Reggae Festival featuring an ALL STAR HOUSE BAND featuring members of Vancouver's The Ballantynes, The Valuables, We are Machines, Nanaimo's Boomshack and a special guest appearance by The Fabulous LoLo of The Kingpins. The show will be topped off by drag performances by Shanda Leer! Last time the show sold out so fast and there were so many people that didn't get in we thought it was a perfect idea to host this showcase again on the festival.

Why Amy? Well in the short time Amy Winehouse was alive she managed to bring music that captured the hearts and ears of fans spanning from R&B, jazz, soul, ska, reggae and pop. She was the kind of artist that any song she would sing would be revered from fans of several genres.

And why honour her on our festival? While Amy Winehouse's love for R&B was her main influence she was also a close friend of the ska and reggae genres and some of its most revered creators. She created songs in her repetoire that covered legends such as Toots and the Maytals and appeared on live performances with The Specials. She also had close ties to Damian Marley and before she died had plans to collaborate with him on future recordings.

The classic sounds, the retro tones, and the vintage look of the Valuables are tearing up dance floors all over the Pacific Northwest. Bringing you a blend of reggae and soul, their debut self titled EP is already getting airplay in Vancouver, British Columbia, Los Angeles, California, Montreal, Quebec, Seattle, Washington and London, England. Th... more info 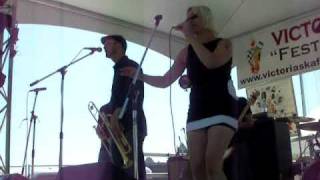 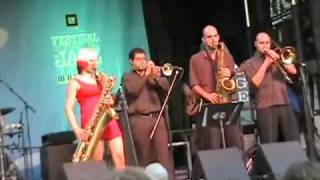 The Fabulous LoLo - Love the One You're With