We're kicking off this year's Victoria Ska & Reggae fest with bang - A FREE show to rally the Ska & Reggae Massive and start the festival off with a powerful blast of energy. One of modern reggae's most powerful personalities, JAH9, makes her Victoria debut flanked by her powerful reggae band THE DUB TREATMENT. With her incredible voice and passion for life, Jah9 has made her mark through her music, her art and her yoga. The Jamaican native represents all the good things we love about reggae music and is the perfect headline act to set off our Main Stage at Ship Point. The groups powerful dub reggae is going to provide you with some bottom-end heavy riddims and positive vibes to power you through the rest of Festival week!

Joining Jah9 & The Dub Treatment to soak the Massive in sunny reggae vibes are Colombian reggae outfit MISTICA, making their Canadian debut. The band, close friends of past festival favourites Providencia (Complete with a former member of the outfit), Mistica has been making waves all over South America since their inception just a couple short years ago. Vancouver Island reggae warrios CHEKO & THE LION ROCKERS return to the Ska & Reggae Fest stage for a display of some of the finest roots reggae music that BC has to offer. And to kickstar the proceedings, OUT OF CONTROL ARMY is storming out Mexico City, bringing their ultra high-energy ska music to Canada for the first time! Come out, meet the rest of your ska & reggae community, and enjoy all this amazing music for FREE!

This event is ALL AGES and fully licensed for those 19+!

Deeply mystical, Jah9 has emerged from a chrysalis of poetry, dub and spirit to become a powerful femiNINE energy within a universal grassroots movement of consciousness. Inspired by the open spaces in the instrumental dub of 1970’s Jamaican roots music, Jah9 sings with a voice that belies the dimensions of her physical body, from a soul much old... more info
Audio: Humble Mi, Avocado
Videos: 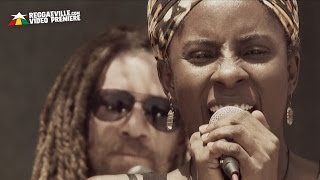 Stomping out of Medellin, Columbia, Mistica is a powerhouse reggae band. Formed in 2014 by León “Leo” Vélez, bass player of Providencia – one of the most important reggae bands in Columbia and Victoria Ska & Reggae Fest veterans – Mistica exploded onto the South American reggae scene with their first single “Number One” feat. Argentin... more info
Audio: Una Y Otra Vez

Cheko And The Lion Rockers, coming out of the Cowichan Valley are one of the West Coast’s strongest links to roots reggae and Rastafari culture. The band rocks a classic reggae sound, anchored by Chekos heartfelt, conscious lyrics. A native of Mexico City, Cheko infuses his ultra rootsy sound with the skank rhythms he discovered in the barrios of... more info

The standard-bearers of modern ska in Mexico City, Out Of Control Army lives up to their name with their fiery, energetic performances. The band's furiously engaging shows have made them staples around their home country and large parts of the United States. Their incredibly fun reworking of the theme for animé Dragon Ball GT garnered widespread a... more info
Audio: We Do The Ska
Videos: 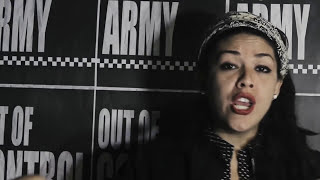 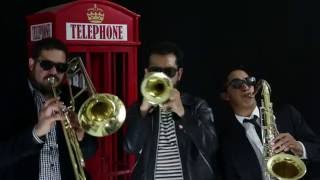 Selecter ABEL is among Vancouver's tightest dancehall selecters. Everyone in the dancehall/reggae and hip hop circles know of his skills. In addition to playing alongside some of the hypest underground dancehall, reggae and hip hop acts in North America, Abel plays weekly at a dancehall and reggae night called �BRUKOUT� each and every Thursday ... more info