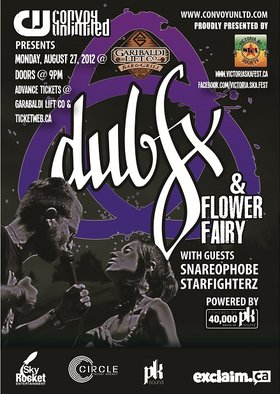 The end result is intelligent lyrics layered with sweet melodies, harmonies and phat bass lines. Overall the music is infused with drum and bass, hip-hop and dub step influences and has the power to turn heads of all backgrounds across the world with his prolific street based performances.

After having built up a solid fan-base, he has released several records, including a solo album, Everythinks a Ripple, and many collaborative works. He still travels the world, and seems set to bring looper pedals some much deserved attention from across the genres.

This tour is the largest Canadian one to date and Victoria BC Ska Society is estatic to be a part of it!

Hurry and buy tickets before they're sold out! Tickets under $20 to start ($15-$16 early bird). Available at ticketweb.ca and Garibaldi Lift and Co Friday, August 3rd!