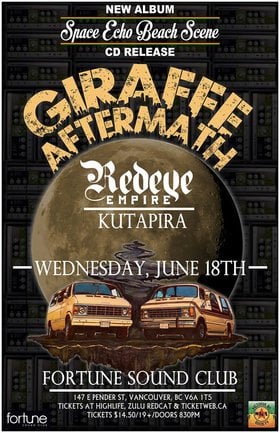 The band is on the cusp of becoming more known outside their usual musical community. This upcoming album release is following a successful US tour of California in the spring of 2013 and their fourth straight upcoming appearance on Victoria's Annual Ska Festival.

On this special night Giraffe Aftermath will be joined by the afro-cuban sounds of Kutapira (with members from both The Boom Booms and The Ponderosas) + Redeye Empire.

It's not very often that you see all three of these talented bands all on the same bill. So when you put them together it makes for a show that is not too be missed. 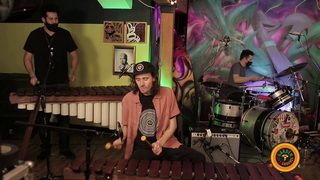 Redeye Empire is generating massive buzz and earning the respect of fans and industry alike. They started their musical journey in early 2005 after a surfing trip down the West Coast generated a number of great songs. Friends since high school, co-lead vocalists Gabe Davis and Mike Redmond put together a band in Vancouver, BC. While Sublime, Led Ze... more info
Playlists