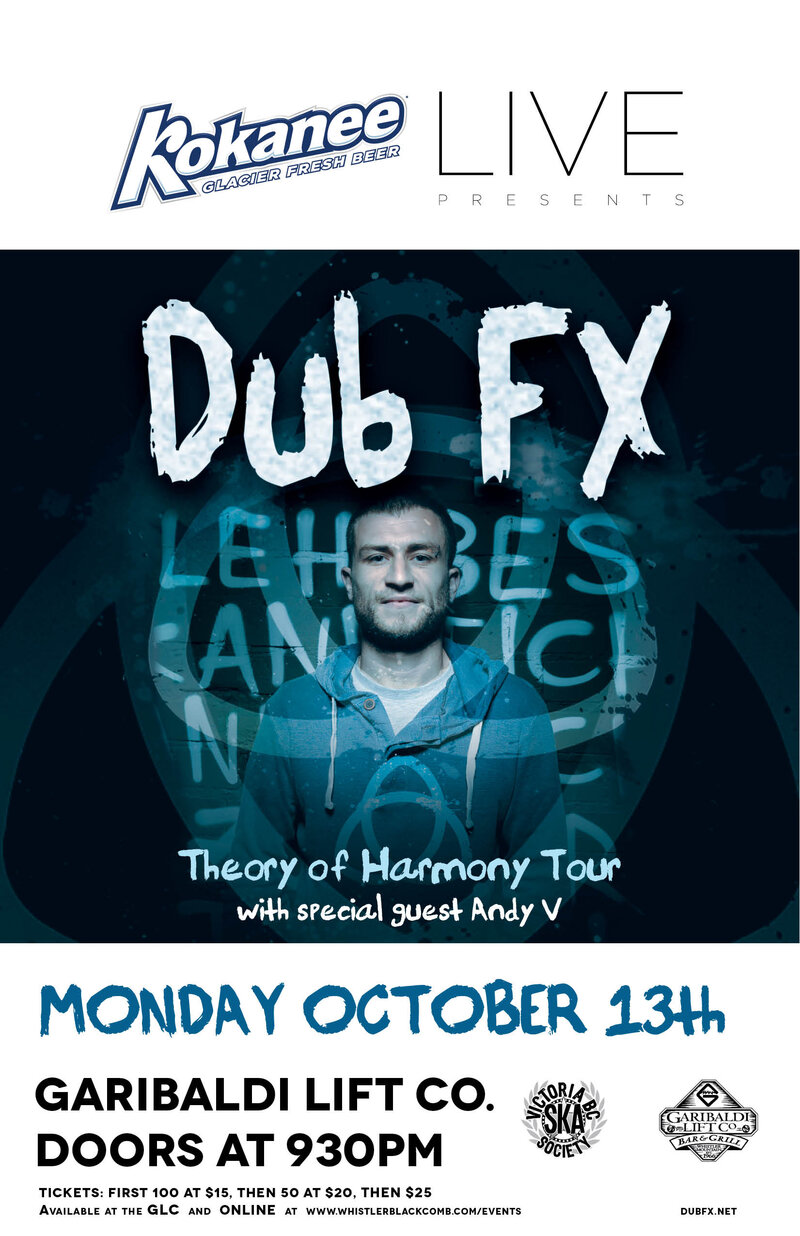 Dub FX's last appearance in Whistler was at the GLC in July of 2013 surrounding his Victoria Ska Festival co-headlining appearance with Mos Def aka Yasiin Bey. Since then Dub FX has toured the world over once again hitting major festivals large and small this summer. We are ecstatic to be part of their upcoming tour Theory of Harmony tour after having such a positive experience with them last time. Think of this show as a Thanksgiving Get Away and if you want to see Dub FX in a smaller intimate beautiful venue with your close friends and/or family, this is the show for you.

Dub FX's most recent album Theory of Harmony is chalk full of smooth bass lines ranging from electronic dub, drum n' bass, reggae, hip hop and more using his signature skill of looping and layering all of the sounds into one that has you wanting more. The album was financed through crowd funding and exceeded 48% of its goal.

Dub FX explains, “Theory Of Harmony is the sum of many years work. I’ve been travelling so much over the last seven years, meeting people from all continents and all walks of life. I’ve developed a conscious philosophy of peace, positivity, joy and healthful pursuits that has been embraced by my fans all over the world. This album is a conscious and positive message to them and my way of thanking them for all their love and support they have given to me, the Flower Fairy and Cade through this amazing journey. – Dub Fx

Theory of Harmony is like nothing you've ever experienced.
Full album Experience here: http://youtu.be/tuNMBsrbv10

On this upcoming show Dub FX will be appearing on this upcoming concert with Andy V who will add a live element to this show playing saxophone. Here is an example of one of the new tracks done by Dub FX and Andy V. It's a cover of Barrington Levy's “Here I Come” (Broader than Broadway) http://youtu.be/w_wrGCsQ-oA