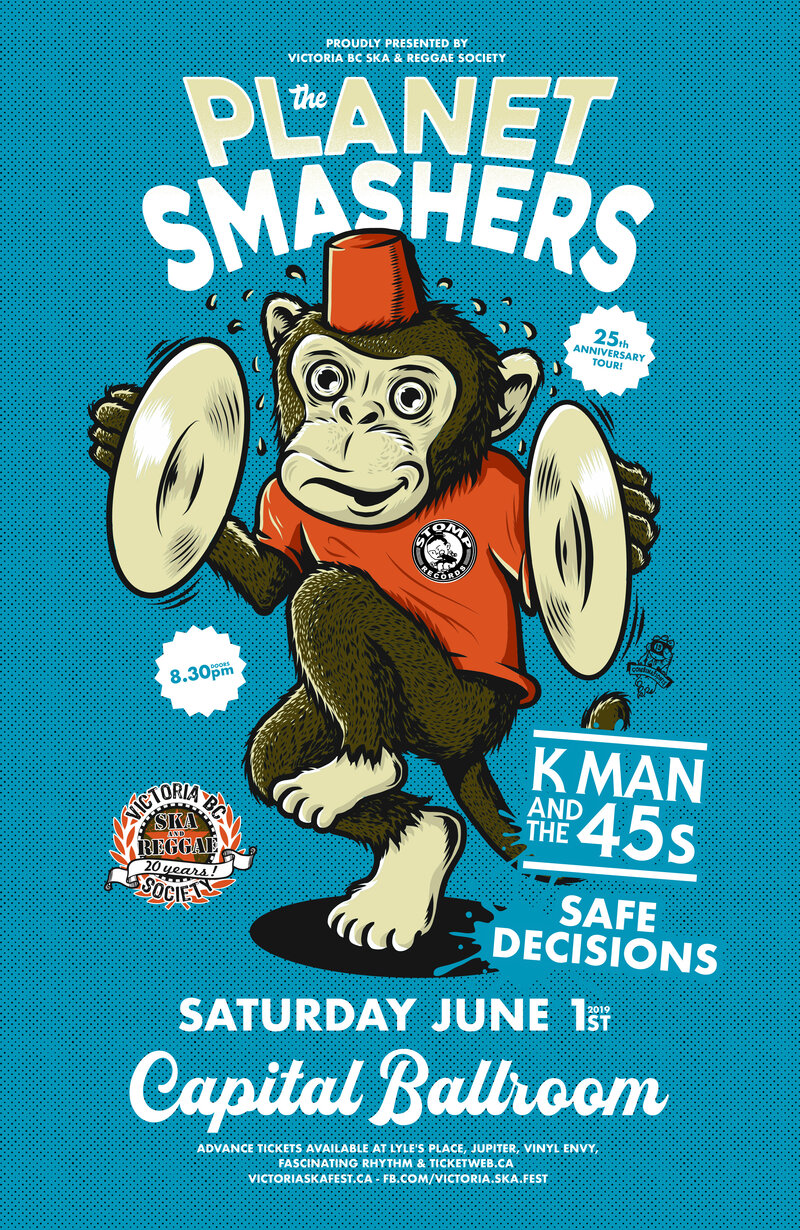 Sat. June 1st 2019 @ Capital Ballroom Victoria BC (No Minors)
9:30pm - 2am doors at 8:30pm
$17.50 - $19.50 advance
Tickets at: Lyles Place, Vinyl Envy, Jupiter, Fascinating Rhythm
Presented by: Victoria BC Ska and Reggae Society
Victoria Ska and Reggae Society is thrilled to announce that we will be presenting The Planet Smashers' 25th Anniversary Concert here in Victoria BC on Sat. June 1 at Capital Ballroom. This is our official On the Road to Victoria's 20th Anniversary Concert!

The Planet Smashers have been a huge part of our scene from day one playing various shows and the festival several times. And they also have a new album coming soon to celebrate the occasion!

Joining The Planet Smashers will be Kman and The 45s from Montreal also on the Stomp Records label. Kman & the 45s played with us a couple of years ago opening for The Voodoo Glow Skulls. We are also thankful to reunite with Kman & the 45s after the sudden passing of their old drummer Brian Smith. It makes the show even more meaningful.

And rounding out the bill is our fam SAFE DECISIONS! They are becoming Victoria's most talented punk acts. With members of SweetLeaf, Safe Decisions bring heavy but melodic punk to the masses. The vocals are insane and they are family to our punk and ska scene.