Sat. November 28th 2020 @ Studio Robazzo Victoria BC (All Ages)
4:20pm - 9pm
Livestream Free
Presented by: Victoria BC Ska and Reggae Society, Garden City Grooves, Victoria Ska and Reggae Broadcast System
Let groove music flow and the good times continue with the seventh Garden City Grooves Festival! This year we will be celebrating groove music in all its flavours through live streamed performances from Studio Robazzo in Victoria. In addition to our live streamed performances we'll have some other special remote performances and pre-recorded programming to show you from our vaults that has never been released!

Finding the right groove means digging deep. With a love of vintage soul and funk, The Soul Motivators have mined their musicality to bring you a fresh revival of a retro sound. Featuring numerous veterans of Toronto’s thriving underground Funk scene, The Soul Motivators are a 9-piece, 3 horn deep funk explosion, with a rough, tough, and soulful... more info
Videos:

The Soul Motivators - Do the Damn Thing [Audio] 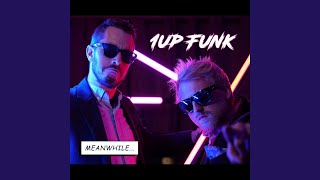