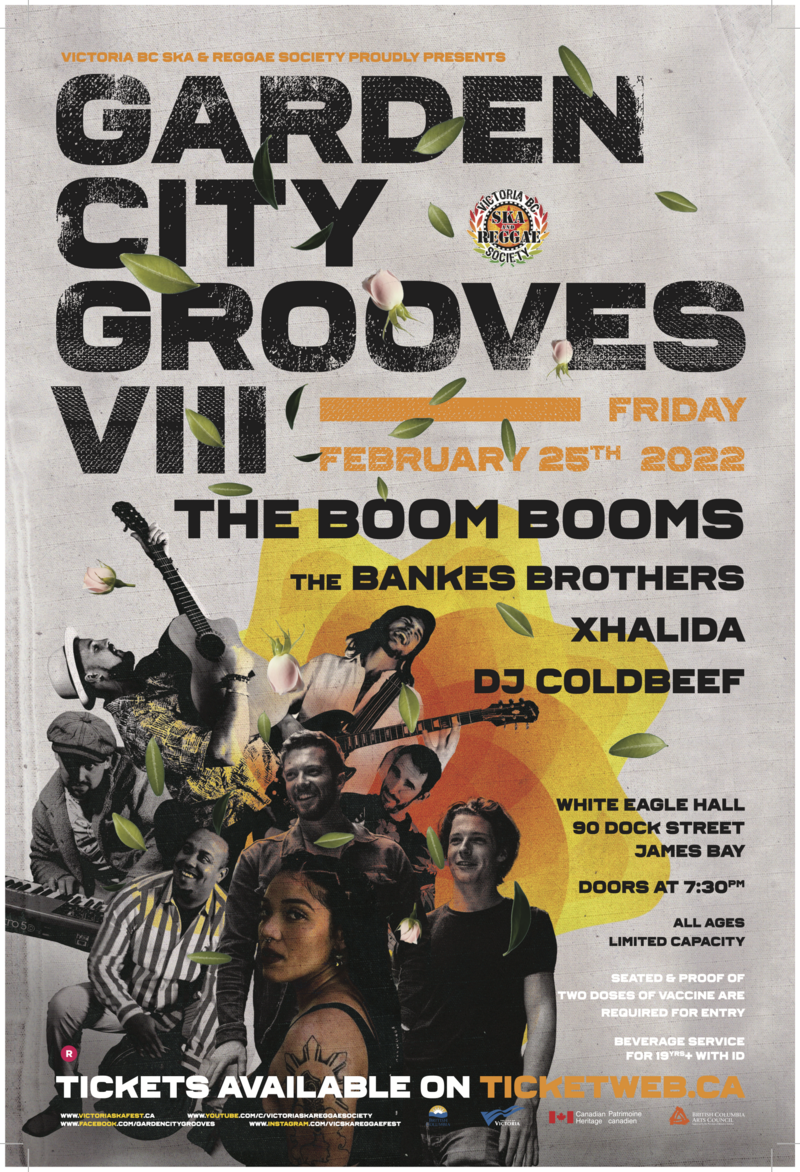 Fri. February 25th 2022 @ White Eagle Polish Hall Victoria BC (All Ages)
8:30pm doors at 7:30
Livestream + In Person $25 - 29.50 Advance
Presented by: Victoria Ska & Reggae Festival, Victoria BC Ska and Reggae Society, Garden City Grooves
Garden City Grooves VIII kicks off with the return of one of the most legendarily groovy bands to come out of the west coast – THE BOOM BOOMS. The Boom Booms went on a long hiatus shortly after their last Victoria appearance at Victoria Ska & Reggae Fest XVIII in 2017. After a one off performance a short while ago, the band quickly rediscovered the shared love of performing that made them such a force to begin with. Come experience the pure, unadulterated musical joy of a Boom Booms show as they lay down their tender, groovy, lyrical-melodic music. As the band bounces between funk, soul, reggae, Latin and African influences, their audiences never know where they’re going to be led – but no matter where it is, there’s going to more than a reason to DANCE.

Alternative Rock/Folk Rock from Victoria BC